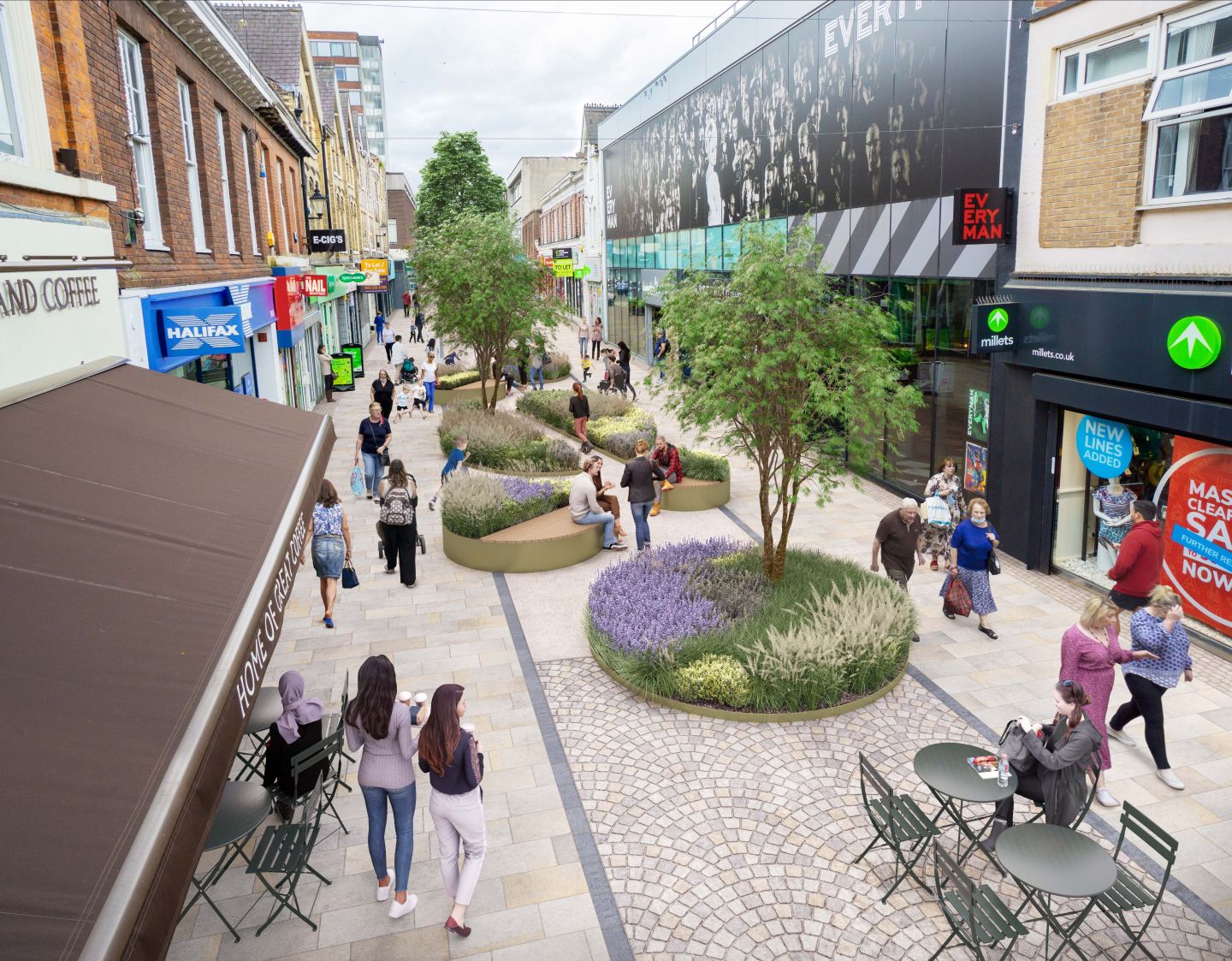 Trafford Council has announced it is continuing its huge investment in Altrincham town centre with a number of public realm improvements.

The works, which are planned to start in early summer and due to be completed in late 2023, are designed to improve traffic flow, road surfaces, outdoor seating areas, footpaths and cycle lanes throughout the area.

The proposals for the improvements – which make up the next phase of the Altrincham public realm works - were shaped by a wide-ranging public consultation with residents and businesses in August and September last year.

George Street:
George Street will be resurfaced with the same materials used on Shaws Road and Cross Street. The plans feature a number of breakout and seating areas in the centre of George Street to encourage food and drink establishments. Options include sustainable drainage and green infrastructure.

Market Street:
The work involves the reversal of the existing Market Street one way system to reduce speed, numbers of vehicles and reduce the rat run that exists and takes place on New Street.

Moss Lane:
Moss Lane is to be resurfaced to match Cross Street and Shaws Road and footpaths will be widened. Vehicles will still be able to access all areas as before, however the existing cycle lane will now be segregated.

Regent Road:
Regent Road will become one way from the junction of Railway Street and Market Street and will be accessed towards Dunham Road. There will be a new contraflow cycle lane that is segregated and lined with ‘rain gardens’ that introduce trees and green infrastructure to the area.

“I am delighted that the next phase of the Altrincham public realm has been announced and that we are able to carry out the improvements to our environment, roads, cycle lanes and footpaths. The environment is extremely important to the Council and one of our main priorities.

The vast majority of responses received in the consultation were positive towards the proposals – and we have listened to them very carefully. Residents identified the need for more planting and trees so we amended the plans to include a total of 30 trees within Regent Road and Market Street. Other comments included concerns over cycling safety and we have also addressed this.”

It is anticipated that the first phase of the improvement works will be to George Street and Market Street and will start in late spring/early summer with completion expected in late 2022.

Works to Moss Lane and Regents Road are planned to commence in early 2023 and are due for completion late 2023.

For more information, visit the Invest in Trafford website.